Merry Christmas to you! And a happy New Year too!

As we wrap up 2014, I thought I’d do a little recap o’ the blog to highlight some of my favorite posts from the year. (I’ll admit – it was pretty fun to scroll through them all.) And since I want to do you the favor of making it obvious as to why I chose these particular posts, I thought I’d include each in its own category. So… without further ado (since there’s plenty of it below)… here are 14 From ’14:

1. The most viewed post (and the closest to “viral” that I’ve ever gotten):

Wow. I knew this post in opposition (so to say) to Breastfeeding Awareness Week might attract a bit more attention than usual, but it went and blew “a bit more” out of the water. In the post’s first day, I received nearly ten times as many views as I usually do on post-publishing days and I more than doubled my best day ever. All told, the post has gotten more than a dozen times the views of my average post.

So let’s see… what element of the mommy wars should I tackle next?

(No, no – I’m kidding. Stoking fires just for the fun of it isn’t my thing – there are plenty of others you can go to for that.)

Doubly selfish: using formula and counting on the four-year-old to feed it to his brother.

It Is The Same Evil

This thing was a bear to get through. (ISIS? Evil? Hmm… I wonder why?) I worked on it for weeks – weeks in which I felt like I was trudging through mud every time I sat down at the computer. It definitely felt like there was some Resistance at play. When I finished writing the post, I could barely look at the thing, I was so unhappy with it. But with a little more distance, I’ve come to think I did a decent job of it.

3. The post with the best discussion in the combox:

Yes, I Worry About Religious Freedom

This post makes me so happy. Not because I think the piece itself was any work of art, but because it generated such a great discussion in the comments section. This (despite all my mommy ramblings about exhaustion and vomit) is why I started the blog – to encourage discourse on touchy, divisive, important matters of politics and society. Polite discourse, open-minded discourse, respectful discourse. I know this one little post was just the tiniest of drops in the bucket, but it’s my drop and I’m glad to have let it fall.

I had a mugging story. I had to tell it!

Yet another incongruous photo. It’s not even Washington, it’s Germany. But it was taken around the same time as the events in this post.

5. The post that would make the best sitcom episode:

Epilogue (Please) To The Day Of The Snake And The Water

Snake slithering out of a basket of my sons’ toys? Jumping toilets? Brown water shooting out of a toilet’s tank and at my face? It’s my own brand of slapstick!

Single Lady Gets A Family

During my single twenties, I began to think I might never have a family of my own. I can’t begin to tell you how grateful I am that I was wrong. 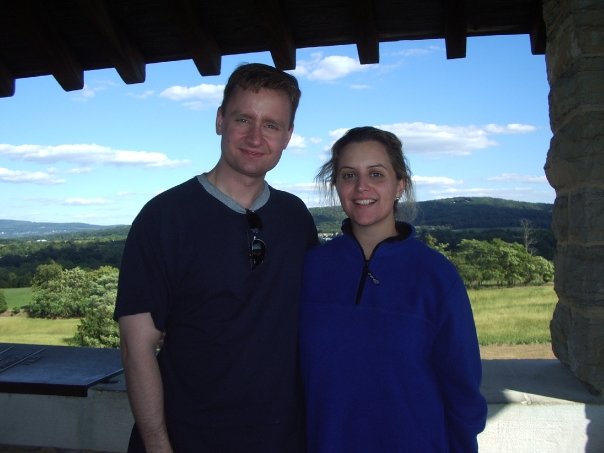 7. The funniest (in a desperate sort of way) post:

Think Of Your Closets

“If I had to choose one piece of advice to offer young people at this very moment, it would be: Don’t be a pack-rat. And if you absolutely can’t resist the urge to be a pack-rat, make sure to be an organized one.”

In which I use guilt and just a little bit of elections expertise to strong-arm you into becoming a regular voter.

9. The post with the most (and maybe the best?) pictures:

Taking A Weekend For Us

Brennan and I went away for a weekend before the baby was born – without our boys. It was heavenly. I took lots of pictures.

10. The post that best showcases my boys’ narcoleptic tendencies:

Greetings From The Land Of Nod… Nod… Nodding Off

New here? My boys fall asleep all. the. time. At the table, in the car, on the sofa, in the highchair, on the floor, in the shopping cart… And when I’m pregnant, I’m almost as bad as they are.

11. The post that seems most pertinent to the events of this week:

Courtney Lenaburg, the beloved daughter of Mary from Passionate Perseverance, passed away this past Saturday morning. Courtney’s wake will be held tonight and her funeral tomorrow. Please keep the entire Lenaburg family in prayer during this very difficult time.

12: The post written with most love for my oldest:

What Matters To Him

13: The post written with most love for my middle: 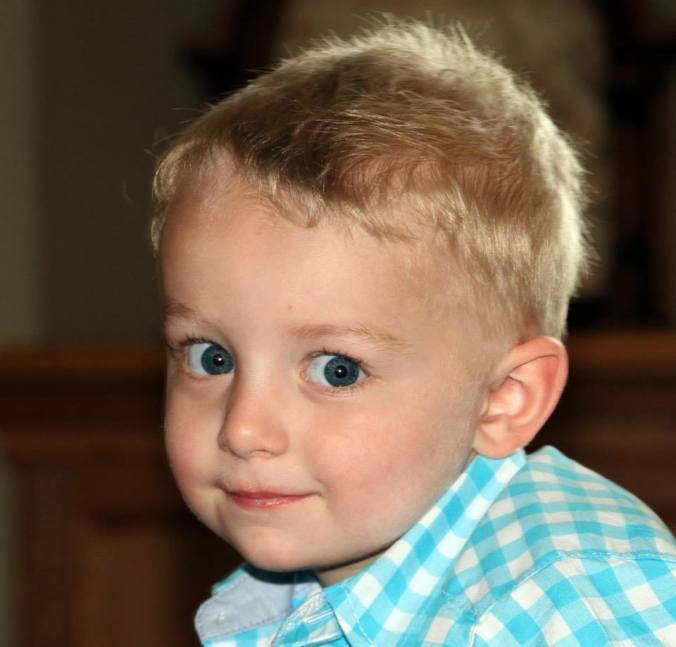 I had a baby this year! Few things are of greater consequence than that!

I’m linking this up with Dwija’s 12 Photos in 2012 link-up at House Unseen, Life Unscripted. (12? 14? Photos? Posts? Close enough, right?) Be sure to stop there for more 2014 recaps — and much more beautifully-shot photos than my own.

I hope 2014 was kind to you. The year brought me some great challenges, but even greater blessings. Thanks for coming along for the ride!