I seem to have a talent for developing/attracting weird medical issues. (A fact pointed out to me by my weirdness-weary college roommates.) I’ve had eczema cover every inch of my skin from my fingertips to my elbows. I’ve had more eczema on my foot, so bad that my doctor had it x-rayed, fearing the bone was infected. I’ve had a weirdo, hallucinating reaction to a meningitis vaccine. I’ve broken my nose (and suffered a concussion) while tickling my little cousin. I’ve almost cut off my toe. I’ve lost my voice for a month because a coughing fit injured my vocal chords.

Have I lost you yet? Seriously, I could go on.

This week, however, I received the weirdest medical news yet: I have a cyst in my brain. I also have a cyst at the base of my tongue. And a herniated disc in my neck.

(No, this isn’t a joke. And yes, the news was a surprise to me too.) I went in for an MRI on Monday, trying to get more information on a pinched nerve in my neck. The next day my doctor called me with… all of the above. In a somewhat short, forceful conversation, she told me the news and instructed me to see an Ear, Nose, and Throat doc regarding the tongue and a neurosurgeon about the spine and the brain.

I was kinda sorta left reeling, kinda sorta not believing that it had even happened, and kinda sorta thinking, “Oh my gosh, I have the weirdest things happen to me.”

Now, perhaps you might think it’s a bit strange for me to be telling you all this, just four days since I got the news myself. I mean, I’m sure you’re all very fine people, but many of you are strangers to me.

However, the truth is, I can’t seem to move on – to write anything, to read anything, to think about anything else – until I get this off my chest. It’s my elephant in the room. Hopefully once I’ve articulated the following, I can start writing on other topics. Because for these last four days, every idea that’s crossed my mind has been met with: “Nope, not as interesting as the cyst in my brain.”

So here they are, some thoughts on this latest round of medical weirdness:

I’m a terrible procrastinator, especially when it comes to things that stress me out. Medical stuff most definitely qualifies. I’ve been putting off following through on various and sundry medical issues (including the stupid pinched-nerve-in-my-neck-causing-my-arm-to-fall-asleep thing) for years now.

With this third pregnancy, I’m trying to just bite the bullet and pursue whatever needs to be pursued. And to actually follow through on investigations I start. (A neurosurgeon confirmed my pinched nerve at the beginning of the summer and instructed me to have an MRI to see what was causing it. I promptly put it off for four months.)

Why do I do this? Why, when I experience some sort of medical symptom, do I take so long to start figuring out what causes it? Why, when faced with an actual diagnosis, do I set it aside and treat it like it doesn’t matter? Why does it take a pregnancy to get me to take my own health seriously?

It’s not that I don’t value my own health or my own life. I think it’s that it’s difficult for me to imagine anything actually threatening them. Part of this is because of the whole medical weirdness thing: whatever weird things have come my way in the past, I’ve always been fine in the end. The bigger part, though, is probably more universal: I take myself for granted. I am my own reference point for life. To myself, I am a given. And it’s difficult to accept that a “given”… isn’t.

I’m a little worried about having had an MRI while pregnant. I wasn’t worried when I scheduled the MRI: Nothing I’d read had indicated any demonstrable risk to an unborn baby from an MRI. But the radiologist’s waiver form, not to mention my own doctor’s reaction when she realized I’d waited until after I was pregnant to have the MRI, both unnerved me. To them, the bottom line seemed to be that it’s not known that the test is safe.

That said, now that I know the results of the MRI, I’m glad I had it done. I’m glad I have the information now and that I can start following through with specialists now, rather than a year from now. Because who am I kidding? If I’d waited until I was no longer pregnant to have the MRI, I would have put it off for months more.

And the MRI experience itself? Not fun. I’d had at least one before, but this time the experience was far more intense than I’d remembered. Part of that was undoubtedly my anxiety from the doom-and-gloom pregnancy release form. But really, it’s just an inherently uncomfortable thing to do. You’re stuck in a tube for what seems an interminable length of time, you have to lie completely still, and there are big, strange clanging noises surrounding you. I had trouble breathing, not because of claustrophobia (which I’m blessed to not suffer from), but because I was worried about breathing too heavily. Breathing is one of those things that is hard to do when you’re thinking about it too much.

Anyway, as I endured the test I couldn’t help but wonder how pediatric patients do it. A couple of days later, reading about an engineer who transforms MRI machines into pirate or space adventures for children, I cried/smiled/laughed and thought, “God bless that man!”

Let’s see, where were we? How about a brief review of what Dr. Google has to say about brain cysts?

All-in-all, the big G cautioned me not to get too worked up about the whole thing. Brain cysts are not those scary-sounding “brain tumors.” Most are benign and they generally grow slowly, if at all. Many do require surgery, but usually because a cyst is interfering with the part of the brain it resides in, causing adverse symptoms for the patient. I have no such symptoms.

As scary as the idea of brain cysts may be, now that I’ve read a bit about them and a little time has passed, I’m not all that nervous about it. (Did you hear that, family? Oh, you world-class worriers? I’m not too worried, so you shouldn’t be either.) I think it’s quite likely that I’ll go to my appointment with the neurosurgeon and he’ll say, “Yep, you have a little cyst, but it’s in a boring part of your brain and it’s obviously not doing you any harm, so we’ll just keep an eye on it.” (Okay, fine. Neurosurgeons probably don’t think any part of the brain is boring. But certainly some parts have got to be more interesting than others.)

And what about the tongue cyst and the herniated disc? I haven’t looked for, or found, as much information on them as I have the brain cyst. I do know that they’ll likely do a biopsy on the tongue cyst, which I am not looking forward to. And I read a statistic that only one in ten herniated discs require surgery. Surely I’ve got to be in that non-surgical camp, right? I mean, I move and walk around just fine. The only problem I’ve got is a sleepy/tingly arm.

Either way, I’ll get some more information soon. I’m to meet with the ENT this coming week and the neurosurgeon the following one. I’m happy to have gotten appointments so soon; I’m eager to either (a) find out that this whole thing really is no big deal or (b) start moving on whatever it is that needs to be done.

Speaking of appointments (and “biting the bullet” in number one), I’ve also been pursuing some medical issues besides the whole cyst/cyst/disc thing. Yesterday I saw a dermatologist and my-oh-my, was it a relief to hear that everything looked great. The thing about putting off medical issues is, they often become bigger and more stressful in your imagination than they need to be in real life. I drove home from the appointment with an outlook considerably lighter and brighter than it had been on my drive in. Hopefully I’ll experience the same wonderful feeling leaving next week’s ENT and cardiologist appointments and the following week’s neurosurgeon and OB appointments.

So, if you’re anything like me and you’ve been putting off some medical issues of your own, I hope you’ll go ahead and tackle them. No time like the present, right? In all likelihood, taking care of them now will make you feel better, one way or the other: You might find that you had nothing to worry about after all. You might be set on a constructive course to improving your health. At the very least, you’ll stop feeling guilty about ignoring whatever it is and you’ll finally be doing something about it.

Whatever the case: Go you! You can do it! If little Miss Procrastination Is My Middle Name can do it, then you certainly can. 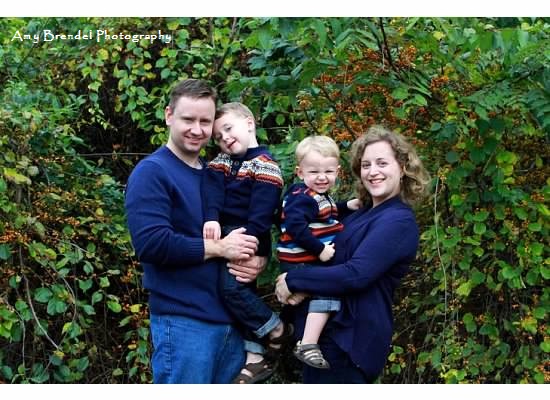 Not to belie any of the “I’m not worried!” declarations above, but if you’re inclined to do so, I’d appreciate your prayers for my good health and the safety of my baby. Prayers are something that are always, always welcome.

Thanks for humoring me with your attention. Hopefully now that I’ve said my piece, I can fight the impulse to walk up to complete strangers in the grocery store and say, “You know, I’ve had the weirdest thing happen to me. It turns out I have a cyst in my brain.”

After nearly four days of sitting on the issue and three drafts of writing about it, I think I’m finally starting to feel some release. Now that this post is out of the way, the floodgates (if they could ever have been called that) are re-opened. Let the regularly-scheduled blogging resume!

6 thoughts on “The Weirdest Of Them All”