Other than the BBC Dad story (which makes me laugh to the point of tears pretty much every time I watch it), my favorite story of the week is of the #bipartisanroadtrip – a two-day drive undertaken by Texas Congressmen Will Hurd (a Republican) and Beto O’Rourke (a Democrat). The two men, who don’t seem to have had much of a relationship before the trip, decided to team up to get to Washington in time for some votes after their flights were canceled due to our winter storm.

During the trip, the congressmen talked policy, fielded some calls, uploaded videos to Facebook (of course) – and generally just got to know one another. And… whaddya know? It turns out that they kind of like each other. These two politicians from opposite sides of the aisle found some common ground; they built up some good will.

Moreover, because Hurd and O’Rourke broadcast their trip on social media, they were able to bring other Americans along with them on their journey. Not just their literal journey, their tens of hours together in a car – their journey toward a friendly, productive working relationship.

Man, do we need these kinds of stories right now, or what?

I’m a dreamer and an idealist, so it’s easy for me to get wrapped up in this sort of thing. Indeed, during the election I nursed this fantasy of a Congressional exchange program, wherein Congressmen from opposing parties would be paired with colleagues whose districts are dramatically different from their own. I love the idea of an urban Congressman sitting down to a backyard barbecue on some ranch in Montana, a western Congressman attending a church service in inner-city Baltimore, a wealthy suburbanite Congressman visiting a VFW in the rust belt, etc. (Let’s call this idea #347 for me to fund and promote when I win the lottery.)

But I can be practical too, and I know that with the way politics works these days, any politician who tries to reach out to the other side risks being swatted down by his own. These are divided, partisan times. And politicians can be victims of that paradigm just as they are perpetrators of it.

(Read the rest at the Catholic Review.) 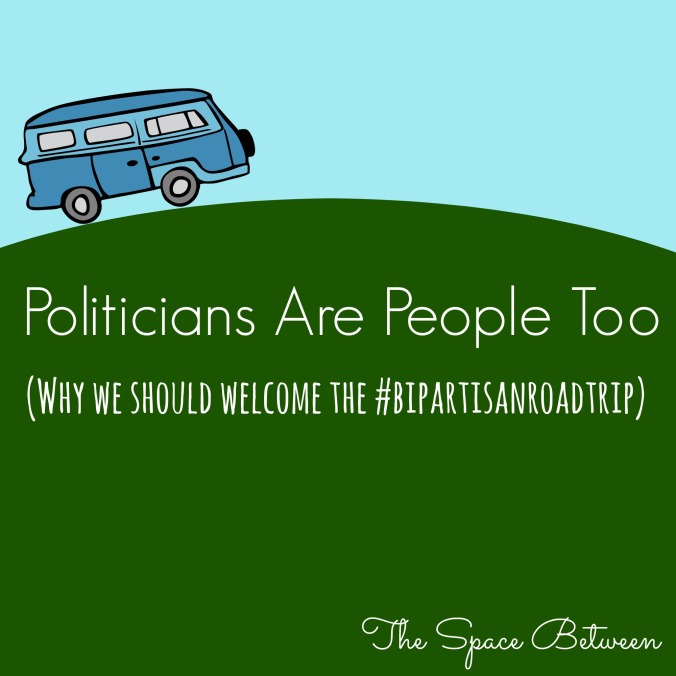