Gosh, it’s been forever again, hasn’t it? Especially since I keep forgetting to cross-post my Catholic Review blog posts here. Argh. All that time writing and I don’t even share it with you. (Unless you follow me on Facebook. Then maybe you’ve seen my posts.)

Anyway — this is me catching up!

Here are seven posts (one in two parts) I haven’t yet told you about. And because I’ve (kind of) hit the lucky number seven here, I’m linking up with Kelly for Seven Quick Takes. (By the way, if you haven’t yet read her latest 7QT post — don’t miss it! It’s This Ain’t the Lyceum GOLD.) 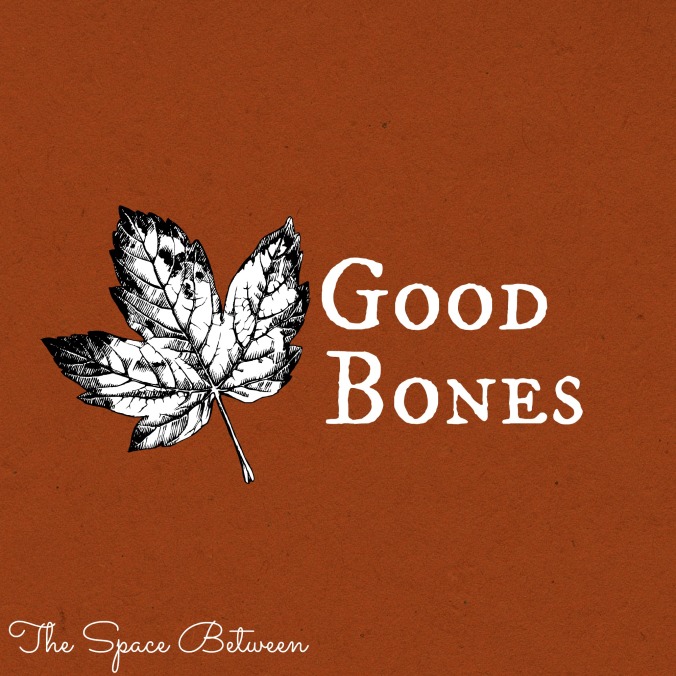 “Our system is better designed to stop than to do, and for one who fears the direction of a new government, that should be a comfort.

(Conservatives saw the value in that uncooperative-cog concept in the last administration; liberals will undoubtedly see it this time.)

So as worrisome as political developments may seem, I retain my basic trust in that spread-out, clunky system. I may disagree with the people who make it up, I may see few prospects for positive developments, but I trust that if things become truly dangerous, some sticky cog will get in the way.

“Lately I feel like a failure at pretty much everything I try to do: mothering, managing my household, blogging, being a good friend and an involved member of my extended family. (I know I’m not actually a failure, but it sure feels like it at times, especially as the holidays multiply our obligations.)

I feel like I’m a failure at being an attentive and engaged citizen. My post-election sense of being overwhelmed has not gone away. I’ve found it difficult to keep up with the competing news stories and the competing narratives of single news stories. I haven’t weighed in on anything. I haven’t gotten my little “let’s get people of different political stripes together to talk” project off the ground. (Status: information gathered, dates not yet set.)

I feel kind of like I have writer’s block, except it has to do with the thinking of the whole thing, not the writing. As I become more consumed with events at home (some of them pretty stressful), I pay less attention to news from the outside. And as I pay less attention to the news, I feel increasingly less capable of any sort of mental and emotional wrangling with the world.

But I’ve been trying, when I think of it, to rely on a strategy from an earlier point in my life: putting aside my worries about what I’m not achieving and instead focusing on what I am doing in a particular moment. Usually (but not always), that “doing” is pretty constructive, even if it seems insignificant in the scheme of things.”

“Why must we choose a side and hold onto it so tightly?

During the campaign, of course, the “side” thing was taken to a frenzied, fevered pitch. Third-party voters like myself were told in one breath that we were essentially voting for Clinton and in the next that we were essentially voting for Trump. (The supposed beneficiaries of our votes aligning perfectly with our critics’ bogeymen.) Our votes – our actual votes – weren’t good enough. We either had to hate Trump enough to vote for Clinton or hate Clinton enough to vote for Trump. People seemed downright blinded by the binary.

But that was then, back when we were facing a black-and-white choice on a ballot. What about now?

But I think this attachment to the binary is the absolute worst course we could take as Americans, as lovers of democracy and liberty and justice. No one wins in the downward spiral of suspicious, spiteful, partisan politics.”

“For all the focus on national-level politics, many (most?) of the programs and policy decisions that impact our everyday lives are formulated much closer to home than Washington, DC.

Schools, roads, assistance programs, the environment, hospitals and clinics, business incentives and regulations – the State of Maryland (and your state too, if you live elsewhere) has a hand in it all. And in turn, organizations that you and I care about – our faith communities, our schools, labor or business or other advocacy organizations – have a hand in the development of the laws, policies and regulations of the state . . .

Ninety days from now, the Senate will still be debating at least some of Trump’s appointments. We’ll still, I expect, be witnessing a tense back-and-forth between the president and the media. We’ll probably feel stuck on a whole range of issues and relationships.

But in that time, we’ll also have seen much movement at the state level. Maryland will have passed a budget and hundreds of other bills that will impact our lives for years to come. Let’s pay attention, because lot can happen in 90 days.” 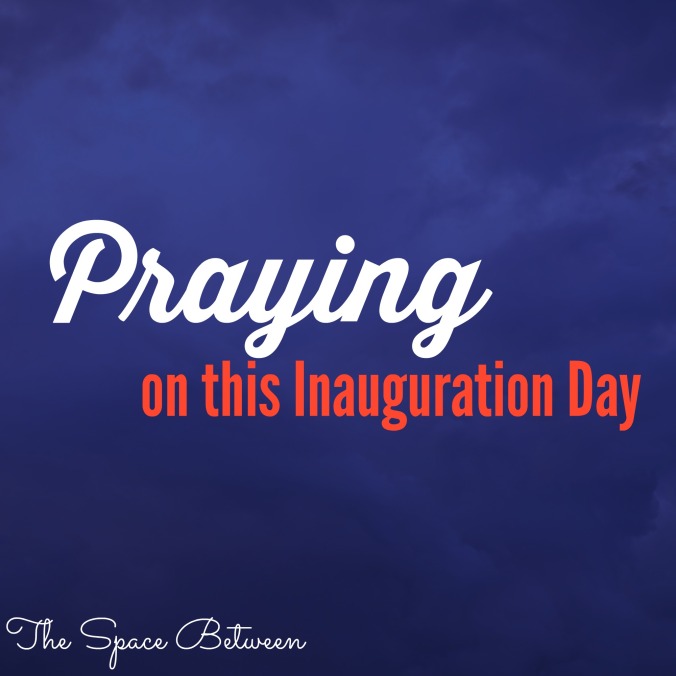 “Today as we inaugurate a new American president, I sit at home nervous, waiting, wondering what will come of this all. I haven’t decided whether I’ll watch. I’m more likely to listen, the radio humming in the background as I busy myself with lunch and laundry and little ones.

But I’m sure to be praying.”

“It’s natural that we should vary in our attachment to various issues, so I don’t mean to tell one set of pro-lifers or another that they’re wrong in focusing their efforts on x,y,z. You do you: pray at an abortion clinic, volunteer at a soup kitchen, donate to Catholic Charities / Catholic Relief Services / National Right to Life. Do your part, whatever it is, to advance the dignity of human life.

And there are too many women who hear that pro-lifers “only care about babies until they’re born” and believe it. 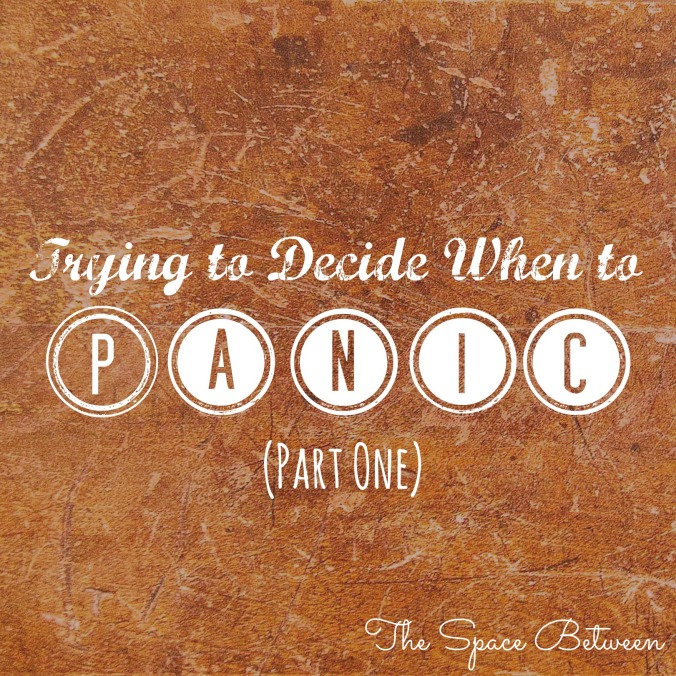 “I’m trying to decide when to panic.

Standing where I am (somewhere in the middle, I suppose) I turn to face my friends on the left and panic is pretty much all I see. Well, panic and its more sober, productive, currently-popular relation: resistance. I see people who are more than just dismayed at the direction in which our government is heading; they fear that the system upon which we rely – a system of justice and due process and free speech and equal opportunity – is coming undone. They fear that we could be nearing the end of the American experiment.

Turning to face my friends on the right, I mostly see amusement or bemusement or even satisfaction at the Left’s distress. They think the panic is overblown. If they supported Trump’s “bull in a china shop” campaign persona, they’re thrilled to see it carried over to his presidency. If they weren’t crazy about that persona then, well, they’re mostly just relieved to see Trump heading in the right direction. Clumsy steps in the right direction are better than agile steps in the wrong one, they seem to say.”

“I used to think of myself as the stubborn, brave, independent type – the type who spoke the truth and stuck up for the oppressed no matter the consequences. After all, I was a kid who stood up to bullies. I regularly stick up for myself. I used to make my living advocating for the poor, the vulnerable, the stranger. I write on contentious issues – issues that wrangle with the concept of justice – all the time.

Thanks for indulging my little catch-up! I hope you’ll check out the posts and I hope to have more for you (both here and there) soon. Have a great week! 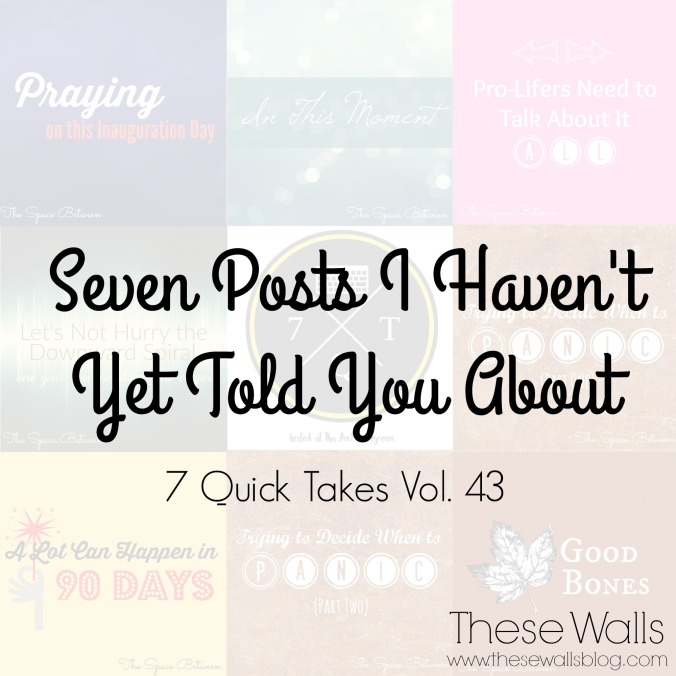