Meet my husband, Brennan — the man who is completely, totally fine with our Father’s Day weekend not being being focused on him in the slightest.

I guess it started last week, actually, when he took a day off work and was therefore standing in the driveway for a midday delivery from the UPS guy. I saw him collect the package with its contents advertised in a big! clear! photo! and stare at it in a confused sort of way. “Happy Father’s Day,” I yelled dully through the window.

Then Saturday we hosted a 6th birthday party for our oldest son. A Star Wars party. The kids wore little Jedi costumes, they played some poorly-thought-out games, we ate some carryout fried chicken and a cake that I didn’t have time to finish decorating.

But the little Jedis-in-training got to attack Darth Vader with silly string, so it was allllll good. 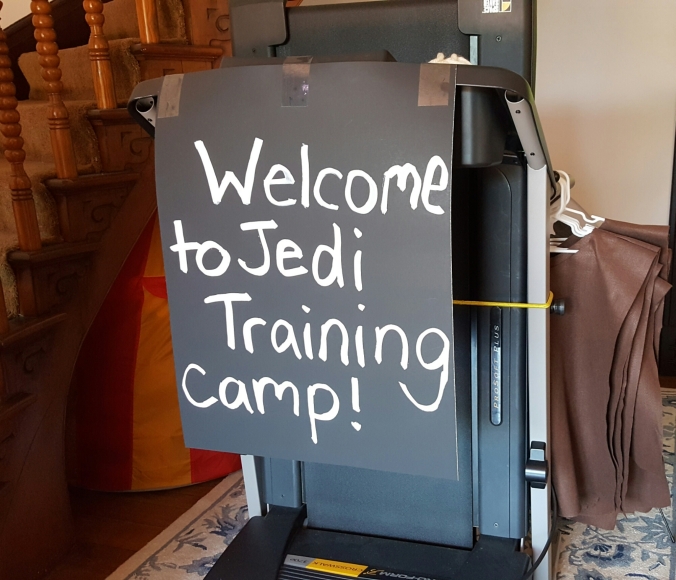 You know this is what treadmills are for, right? 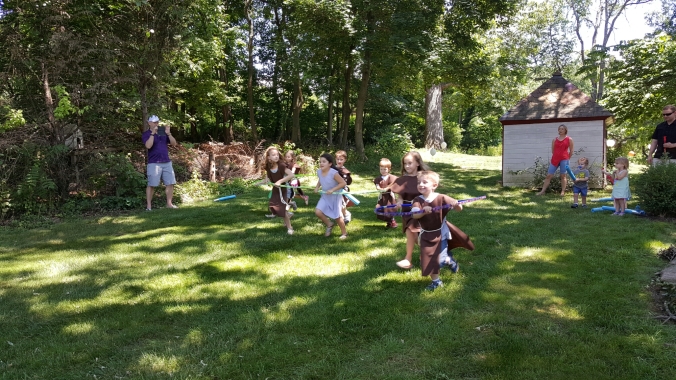 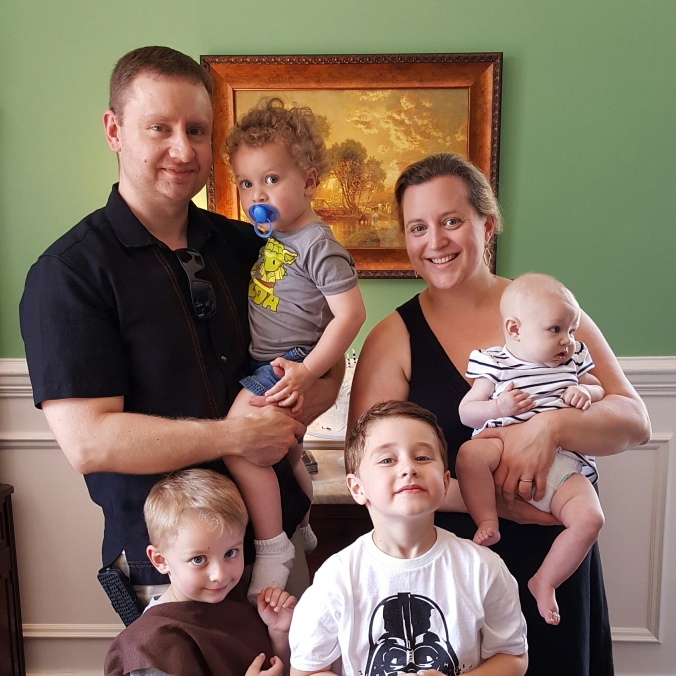 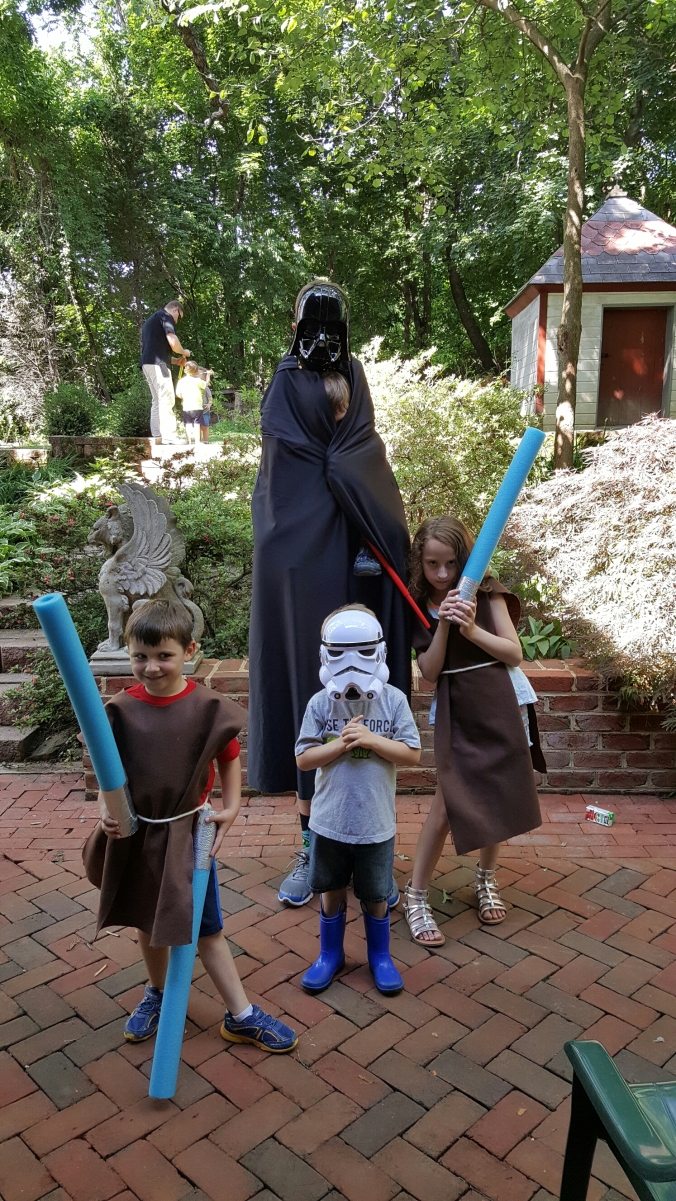 Success on that front.

However, just as the party was beginning, our little peanut started to become sick. She spiked a fever, she had some diarrhea, and she was really, really not her usual smiley self.

We pushed through the party, Baby Girl was happy to be held by her grandma and great-grandmom, and we thought it was just a little passing thing due to her shots earlier in the week. But as the evening wore on, her diapers increased in frequency. By the morning, we knew we needed to take her to the ER.

Her bloodwork came back a little worrisome and her chest x-ray showed some pneumonia, so they decided to admit her. Good thing, too: her fever was creeping up and she’d stopped eating.

So Brennan’s Father’s Day consisted mostly of wrangling our boys while he worried about our girl. But he did stop by the hospital for a visit in the evening. And Sweetie Pie rewarded him with her first smile of the day.

We (she and I) are here still. (So forgive this smartphone-published blog post for any editing errors.) They’re keeping her another night, which is both sad and a relief. They think the diarrhea is caused by a bacterial infection, so she’ll get her second round of IV antibiotics sometime today. 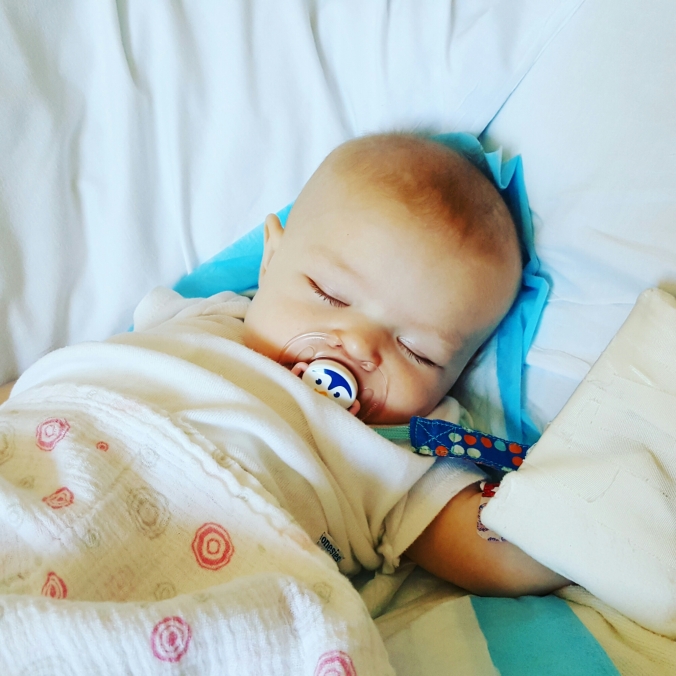 Hopefully tomorrow she’ll be feeling a great deal better, and they’ll have all her test results back, and she’ll be eating enough to stay hydrated. Hopefully.

Because we need to get this girl home to her Daddy and brothers. I’d like us to finally get a chance to celebrate Brennan, even if just a little bit. And I want to see this happy face again.

9 thoughts on “Wait. Was That Supposed to be Father’s Day?”