… to talk about the last one.

No, not this holiday. Rather, the last popular, commercial-hoopla kind of holiday: Halloween. Because even though my Facebook feed is filling up with Christmas tree photos, I keep thinking about the ones of my little guys in their Halloween costumes.

I simply can’t allow November to close without showing you my robots.

When I asked my boys in early October what they wanted to be for Halloween, they mentioned robots in an off-hand sort of way and I grabbed on to the idea as fast as I could. “Robots? Nothing scary? Nothing branded, nothing commercial? I can do robots!” I thought.

I like to make our Halloween costumes. For one thing, I’m just not crazy about the super commercialized character costumes on the market. I won’t be surprised if my boys want them someday, but for now, since they’re still pretty much unaware of the things, I’d rather side-step them and go for something creative.

For another, I enjoy being crafty, but crafting is just not something I make time for in my daily life. I’ve got other priorities right now. But! I love making Halloween costumes. So one time a year, I go all out: Once I made my friends and myself into “Rub-a-dub-dub, Three Men In A Tub.” Another year I made Brennan into a Wonka chocolate bar while my girlfriends and I were Ooompa-Loompas. Last year I made one of my boys into a knight and the other into a dragon.

This year my mission was robots, and boy, did I have fun with it. 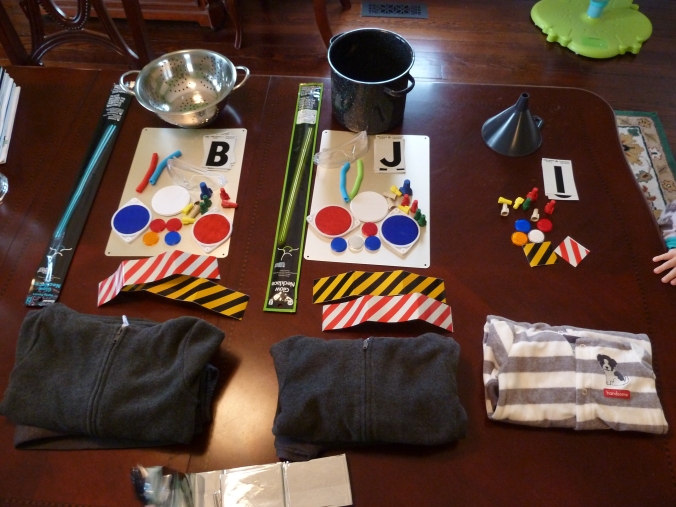 My thought was to use the Mylar blankets as the exterior of the costume and to use the batting to fill it out in interesting ways. However, the only easy-ish way I could think to attach the blankets was with a glue gun. And that process was more cumbersome than I expected.

In the end, my patience only held out for my three-year-old’s pants. After that I took the easy route of hot-gluing the mylar to the felt and then the felt to the sweatsuits.

I used two very thin metal “CAUTION” signs, which had rounded edges and nice, shiny silver backs as “control panels” for each big boy. I’d split all the goodies from Lowes into thirds and let each boy choose how they wanted to arrange theirs on their control panel. I also attached reflective tape to their arms and more of the hardware-store-gotten goods to the backs of the costumes. I hot-glued strips of Mylar to the control panels so that I could tie them to each boy. I also made little batting-stuffed Mylar pillows of sorts, to insert into the “helmets” (i.e. a colander, a pot, and a funnel) to keep them in place on the boys’ heads.

A few reflectors on their helmets, and we were set! 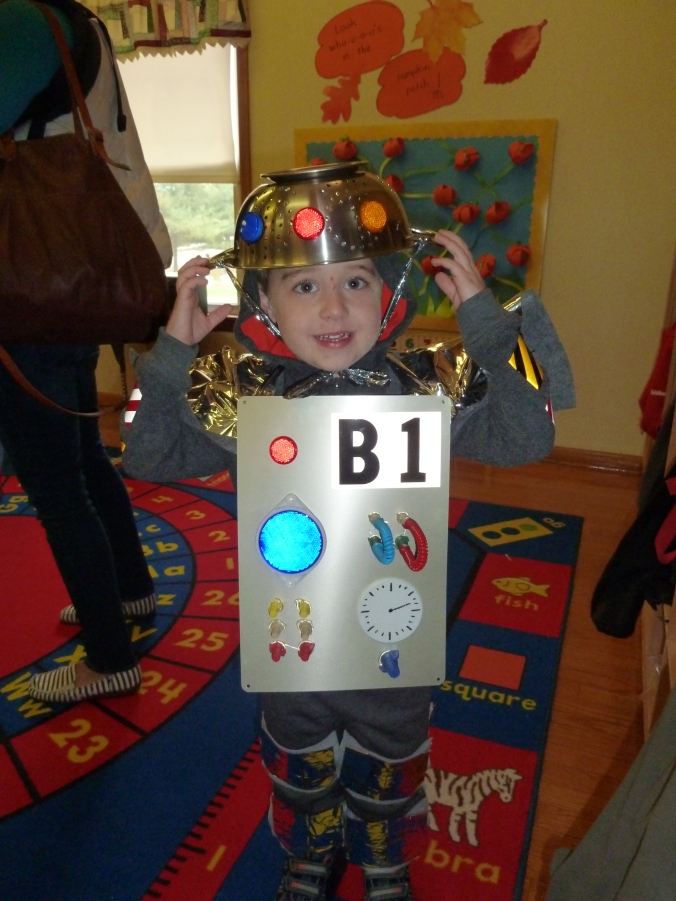 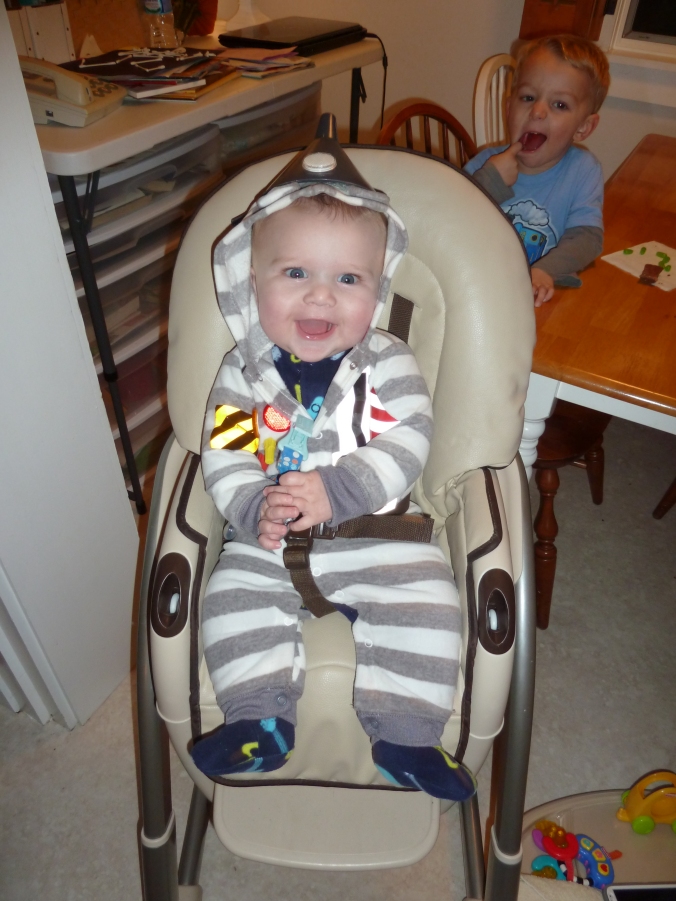 They weren’t the hardiest of my creations (bits of both control panels fell off along the way), but the boys really took to their roles. If the residents of a house we were Trick-or-treating at admired their costumes, they’d stiffen up and jerk around a bit, saying “Beep beep boop boop beep!”

I just about giggled my way down the street.

The work (which was not insignificant) was so worth it.

There! I’ve finished telling you about Halloween a mere 30 days after it happened. Maybe I’ll recap this coming Christmas season in February or something.

3 thoughts on “Allow Me To Interrupt This Holiday Weekend”