This week I opened a Twitter account. I don’t really know how it works and I’ve only put out three tweets, but still, if you want to follow me, you can click here. I think. 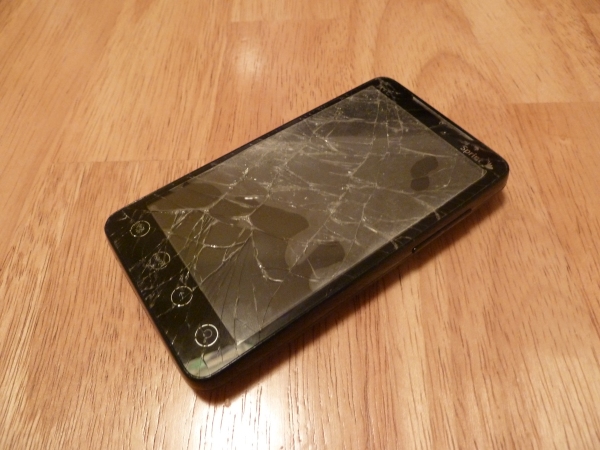 See this lovely thing? With the smashed glass and the partially-detached plastic cover? (Plastic which, by the way, was not attached as a preventative measure, but rather after the incident, to keep the glass from crumbling to pieces. And which has captured an unhelpful film of dust, obscuring the images on the screen even further than they were by the cracks.) Nearly three years after this beauty slipped out of my bag and onto the pavement, I finally replaced it this week. I can not express to you how excited I am.

However, the teensiest bit of me is a little disappointed (albeit chuckling at the same time), because apparently the loss of my cracked cell phone screen brings down my ‘cool’ factor. Or my “street cred” as this piece puts it. I heard a radio segment about this fad in which people leave their cell phone screens cracked as some sort of status symbol. Or worse, they purposefully crack them to achieve the look. I think I remember the segment also including something about plastic you can adhere to your screen to make it look like it’s cracked, but I just searched Amazon and couldn’t find it. So that probably means it doesn’t exist.

Between the new phone and the Twitter account and still getting used to WordPress, I feel like I’m experiencing something of a technology overload right now. This could go one of two ways: I could keep my nose to the screen for the following week and tackle the technology head-on. Or, I could take the more familiar path and scorn all instructions, manuals, and tutorials, forcing me to stick to the barest of basics. Hmm… decisions, decisions…

Yesterday I came across this piece by Elizabeth Scalia. It reminded me powerfully of the way I sometimes “wade through thigh-high mud,” as I put it in last week’s Quick Takes. I was not familiar with the concept of acedia, but I am so very familiar with the feeling. Elizabeth’s post lightened my load a little – this is a thing, with a name, that other people experience. Isn’t it a comfort to know you’re not alone? I need to learn a little more about acedia, so I’m better prepared to fight it next time.

A few days ago during a Diane Rehm Show discussion on Comprehensive Immigration Reform, one of the guests made a point that I found really illuminating. He said that the Democratic Party is a coalition-based party, while the Republican Party is based on ideology. Wow! What an idea! I think I had already sensed as much (and probably to everybody else who pays attention to politics, it’s old news) but for some reason, hearing it articulated was a big eye-opener for me. Of course he was talking about it in the context of immigration reform, but it plays out in so many other areas of public policy too. It’s an idea I’m going to be working through for a while…

My older son received the movie Cars for his birthday a few weeks ago. Surprisingly, it’s his little brother who has fallen in love with it. Every day, all day, he asks for “Moom! Moowee!” (“Moom” = car, I think because cars go “vroom.”) I’ve been giving in about once a day. The little guy (21 months old) gets so excited. He squeals and jumps up on the sofa and screams “BAST!” at all the cars whizzing by on the screen. The other day, my older son started to echo my sentiments on the subject, “You watch es too much. You watch da wacecars too much!” Good job, buddy. 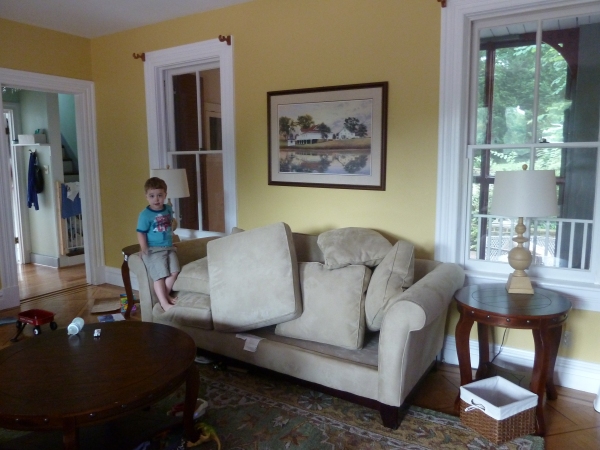 Thank you to everyone who left such kind words for me here and on Facebook, regarding my wedding anniversary posts on Wednesday and Thursday. I haven’t felt so flattered in a long time. Thank you.

Now, go on and check out Jen for all the rest!