I told my boys that when they’re adults they’ll want to look back on what their child-selves thought of this time, and so I directed each to write one journal entry per day. I told the fourth grader to write a page, the second grader to write at least a paragraph, and the Kindergartener to write a sentence. I suggested they might want to sketch some pictures too.

I told them they could write about anything they wanted – what they do here at home while we’re isolated, what they think about what’s going on in the world, what they fear, what questions they have. The boys were excited at the prospect; each set straight to work.

I picked up an old, mostly unused journal of mine and thought of doing the same. But I write better on a keyboard. And anyway, if I’m going to spend time writing up my own thoughts on this remarkable time we’re in, perhaps I ought to share them on the blog. So here we are.

I plan to share a bit here each evening, telling about my day and my own thoughts, fears, and questions. I want to have this record to look back on when (God-willing) these weeks are a distant, dull memory. And who knows – maybe you’d like to have a peek at them too.

For that record, I must note that today, our kids’ first day off from school (and therefore my Day 1), we did decently well. I baked banana bread and pear bread, fed the kids, did two loads of dishes and two loads of laundry, read stories to little ones, guided the five-year-old through some homework, put two children down for naps (one of them multiple times), talked to my grandparents on the phone, made a grocery list, and prepped food for tomorrow.

The kids watched a movie, played with Legos and Lincoln Logs and puzzles, drew, read, did schoolwork, and wrote in their journals. They enjoyed a lunchtime Doodle date with Mo Willems. They played outside for hours. (And they fought too – I won’t deny it.)

They did not play on their tablets, because they lost that privilege the day before by waking their sister from her nap. (A certain Mama might have told one of her boys that she would lose her mind if the girls didn’t nap in these weeks while the boys are home from school. A new rule was instituted: If one wakes a napping child, no one gets his tablet for two days.)

But we (the boys and I) also watched daily Mass together, and that was wonderful. Our archbishop has canceled all public Masses in our Archdiocese, so yesterday (a Sunday) felt strange, and strangely empty. While watching a livestreamed Mass said by our archbishop, however, it occurred to me that if we can’t attend Mass once a week in the flesh, maybe we could attend every day online. And maybe it might be fun to check out different online Masses, celebrated by different priests in different places. Today we watched a Mass said by Cardinal Dolan at St. Patrick’s Cathedral in New York City. We’ll see where tomorrow takes us!

Okay, that’s more than enough for tonight. Tomorrow, when I don’t have to intro this whole thing, I hope to get to some deeper thoughts on what we’re all facing. 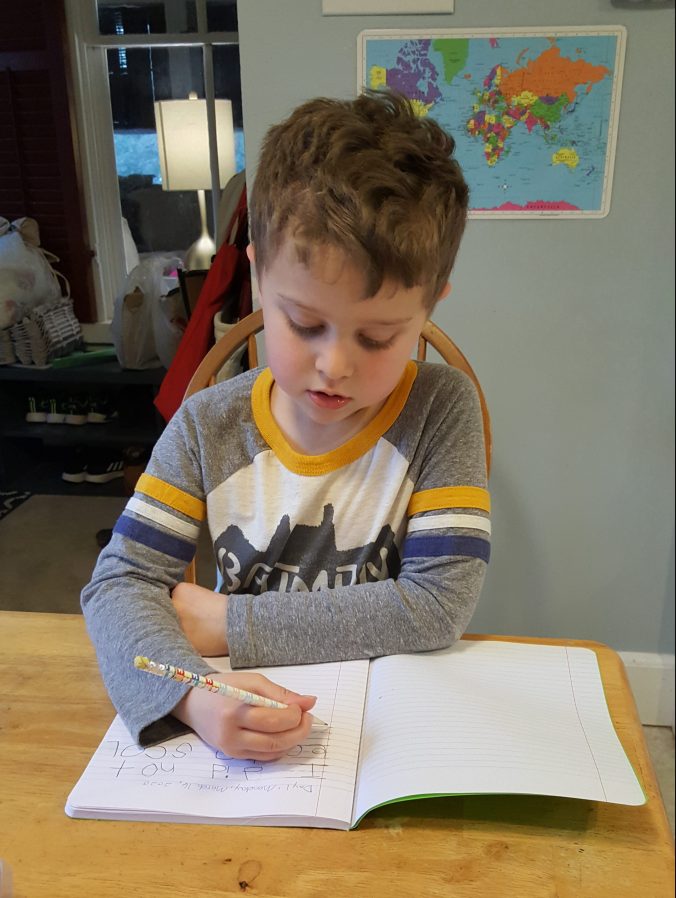